A day in Cannes 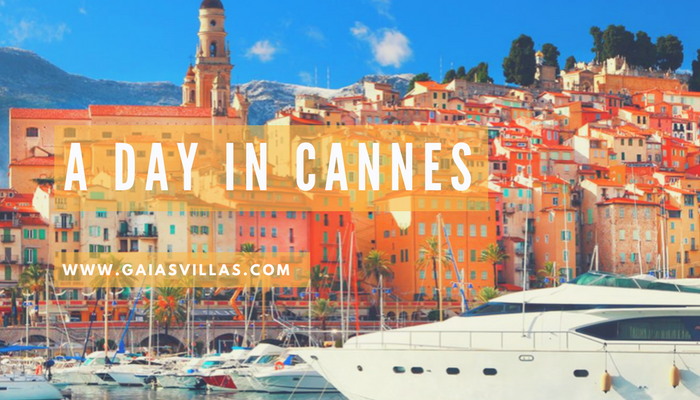 Nowadays Cannes is known as the City of the Festival, where actors, actresses and celebrities find themselves every year on the red carpet. But Cannes has a much ancient history: in fact Cannes beginnings go way back to the 2nd century b.Ch., when the Ligurians founded Aegitna (ancient greek). During the 10th century, the town was known as Canua, a reed. At the beginning Canua was a small Ligurian harbour, and later a Roman outpost on the Suquet. On top of the Suquet stands a tower from the 11th-century, overlooking the area. From there you have an excellent view on the city, the harbour and the islands. Downtown Cannes is small, and the old town (Suquet) is completely pedestrian. On the way to the harbour you can stroll through the old streets of the Suquet, where you have an astonishing variety of little bistrot and restaurants for all pockets and all tastes. Before returning to the harbour you can take a stop at the Marché Forville, and snoop around the stands of fresh fruits and vegetables or the fish market. Then take a walk along the harbour and look at the luxurious yachts and sailing boats.

Now walk around the harbour towards the “Palais des Festivals et des Congrès” where the annual Film Festival takes place. On the floor, you will find the hand prints of lots of famous artist. Keep walking past the Palais des Festivals on the “Croisette”. On the beach side there is a spacious promenade, while on the opposite side of the street luxury shops and famous hotels such as Carlton, Miramar, Martinez and Hilton are lining up. If you walk allthe way to the end of the bay of Cannes, you wind up at Palm Beach Casino, but there is also a tourist train with multilingual commentary which starts from next to the Palais.